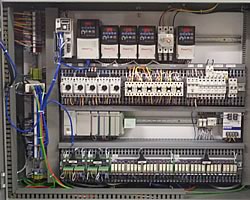 Project Scope: The manually packaged crouton case box filling line was inefficient and often halted. The line was built on a single common empty and filled case box conveyor system. The entire filling line was often halted due to any problem in any one of the four filling stations that fed into this single conveyor. The delays were mainly caused by problems in either of the two most downstream filling stations. The owner wanted to improve the box filling throughput by a dual conveyor system that includes multiple right angle transfer units.

A second mode was used for bulk filling boxes. An operator would open and close a crouton filling gate manually while observing a scale to achieve the proper fill weight in each box. The new conveyors control system will automatically fill and weigh the bulk boxes.

Project Design: Industrial Automation was asked to design, construct, and install a new dual conveyor system to replace the single conveyor that now supplies boxes to the two most downstream of four crouton filling stations (3 and 4). An intelligent automated controller will inspect the case boxes at various points on the new conveyors using photo eyes. Filled boxes will be diverted around the downstream filling stations, while boxes needing product will be staged ahead of the appropriate fill station. When an operator has completed adding bags of croutons to the case box, he will press a foot switch and the filled or partially filled box will continue downstream to either the next fill station or to the exit conveyor as is appropriate. 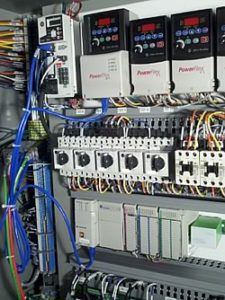 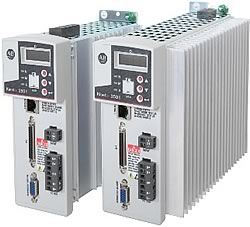 Project Results: The new control, automation equipment and conveyors on the box filling line allow for a much less restricted product flow and greatly increased product through put. The automated bulk filling automation allows for an operator to be utilized in other areas of the production line.